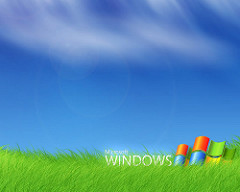 We are a Mac family, and have been for about as long as computers have been a commonplace household accoutrement. This puts us in the minority with most of the world, because most people opt for PCs, for a number of reasons - they are cheaper, more commonplace, on the whole more practical, and did I mention they are cheaper? In most cases, by a large margin.

The simple reality is, Macs are more expensive in every aspect. They are great machines, but they come with a cost, and for all intents and purposes, the quirky aspects of Macs that make them so appealing are really just a luxury. Plus, PC systems have basically caught up in terms of the look and feel of the operating systems (OS). In fact, I read recently that in many ways, PCs are better. While I don't know this firsthand, my limited experience with PCs indicates that they have improved a lot. Some things are not as simple, but for most of what I use a computer for, I think a PC would suffice. Plus, you're looking at a fraction of the price, at least for what I need.

Now for someone like N, who not only likes games but is also interested in video and graphics, PCs seem to be the way to go. I have no desire for him to get a powerful machine just to play video games, that's simply not going to happen. We have made our position beyond clear that he can play some games, but he is not allowed to play multi-player action games that shoot things up. It's not that I have some moral issue with guns, I just don't want him to get sucked into playing games that go on for hours on end. Not just because it's a waste of time (it is), but because a lot of guys (it's usually guys) who devote their lives to these games have no lives. Pretty sad and pathetic, if you ask me.

Either way, N is into drones and 3D design and graphics, and he's been making a lot of videos with said drones. He has expressed a lot of frustration over his Mac, which in all fairness is a laptop, not a desktop. For his needs, a Mac desktop would be much better, but nothing compared to what you can get with a PC. I guess PCs are just faster, more powerful, and have better graphics. I do know that the availability of software is orders of magnitude greater for PCs. Finally, PCs are easier to modify (i.e., upgrade). With the exception of memory upgrades, Macs are pretty much untouchable.

With this in mind, we have decided to let N transition into using a PC, and in order to do this, he wants to build it himself. Pretty serious stuff, if you ask me. Mom has given it the green light, as well, because she is in need of something more powerful for doing videos. More on this later, but for now, the PC resistance is alive and well in our home.

Until then, thanks for reading, and thanks to Dana Chan for the pic.
Posted by phredude at 9:27 AM No comments:

Until then, thanks for reading, and thanks to Kool Cats Photography for the pic.
Posted by phredude at 9:41 AM No comments:

Reflections on the New Year 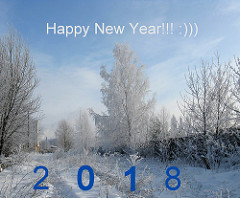 I realize it's only the first couple of weeks 2018, but it's been somewhat crazy and so much has been going on, it's worth noting. Things started off late in 2017 when we had a passing in the family, which was at the forefront of everyone's thoughts and was very difficult.

To add to the situation, we were hit by a slew of household problems on our end that needed to be dealt with, including our boiler and plumbing. We were lucky in a way because I was able to fix the boiler before the two-week stretch of below zero temperatures hit us. Normally we don't really employ our heating system, but during that time it was going on every morning, and for good reason. I was riding solo as a parent for pretty much the entire month of December, and A had a bunch of things going on with school, music, and her raging social life. N had hockey and his budding social life, or should I say, romantic life. I'll leave it at that. There was a weekend in Lake Placid for his hockey tournament, and we also had car issues, with mom's car needing a new windshield along with inspections needed for both cars. I got a tuneup for my car (more on this later), which for the record cost way more than I thought it would, but I think it's running better. Since I was running the show, I really couldn't do much work at the Inn, so I couldn't make any money to support our fabulous lifestyle. Oh well, you can't be fabulous all the time.

Mom had to fly back home on more than one occasion, so she was back and forth to the airport, and as a consequence, we were back and forth to the bus stop to get her. I managed to hold down the fort and get the kids where they needed to be, though A is now driving and was able to transport herself. I'm guessing she was stoked to have free reign over the car, I know I would be. If you can believe this, we actually ate most of our meals at home. Cooking a healthy meal is not easy when you're running around and pressed for time, but since it was mostly just the three of us, there was less to prepare. Plus, eating out isn't easy up here, your choices are really limited and it's expensive.

What was really brutal was the cold, or rather the duration of the cold. I get that it's winter, it gets cold, but two straight weeks of -10 to -20 temps is ridiculous. I'm no expert on New England weather (I just play one on TV), but it seems very much out of the ordinary.

We didn't have much of a Christmas. The kids got some things that they really wanted, but for the most part, presents were not really happening, and our celebration was pretty muted. This is completely understandable considering the circumstances, and to their credit, the kids didn't make even the slightest issue out of it. If anything, the holidays were more along the lines of how we feel, with less consumption and stuff, and more about just being together. They're old enough to not pine away for lots of presents.

Now that we're well into the new year, things seemed to have calmed down a bit. We are returning to our normal routines, though there is still a lot of change on the horizon. 2018 is only about two weeks old, but already it has the potential to be a seminal year, and that has nothing to do with reproductive organs... or does it?